One of my favorite spots in Nashville is Centennial Park, a graciously appointed 132 acre green oasis smack dab in the city center of Nashville’s bustling West End-Vanderbilt business district.  Music City prides itself on its public spaces and for good reason – Nashville has dozens of city parks and vast expanses of wilderness and outdoor spaces for respite from the concrete jungle of traffic jams and deadlines.

Home to The Parthenon, Centennial Park is a symbol of Nashville, representing the diverse community, history and interwoven fabric of culture, food, arts and life in this Athens of the South. Nashville upholds its title with a commitment to community building on the roots of southern grace, fortitude, perseverance and creativity in motion.  Centennial Park is a gathering spot for Nashvillians – it is the prime spot for lazing in the sun with a good book on a picnic blanket or cramming for an exam under the shade of an expansive oak.  Anglers can enjoy fishing in the park ponds.  Runners and hikers can enjoy park trails.  History and art buffs enjoy touring the glorious revitalization of The Parthenon.  An aquatics and recreation center is a staple of the park activities.  Throughout the year, Centennial Park hosts a wide array of colorful events from Musicians Corner Concert Series, to Shakespeare in the Parks, crafts fairs and more.  Centennial is a hub of community – local volunteer groups sow and tend the effervescent blooms of the park gardens and organize local events.  You’ll encounter people from all walks of life enjoying the peace of this urban oasis.

The park’s heritage dates back when it was owned as an antebellum farm belonging Anne Robertson Johnson Cockrill – who interestingly enough was the first teacher in the state of TN!  Nashville’s higher institutions of learning are prominent in its cultural diversity – so it fits that this land was owned by the state’s first teacher!  Her brother was General James Robertson, the ‘Father of Middle Tennessee.’ After the devastation of the Civil War the land was deeded as state fairgrounds. In 1897, the park served as the site of the Tennessee Centennial and International Exposition – a World’s Fair of sorts in the heart of Middle Tennessee (it is important to note that TN holds close to the regional terms ‘Western TN’ ‘Middle Tennessee’ and ‘East Tennessee’ – each have their own cultural flare and imprint that makes us the state’s patchwork quilt of diversity – connected in differences by a common love of their home state.)

The Centennial Exposition included the building of a full-scale model of the Athenian Parthenon and an artificial lake was established ‘Lake Watauga,’ along with sunken gardens and a band shell – all in use today!

For more information about the history of Centennial Park.. click here

The Parthenon is the jewel of Centennial Park.  It remains one of the most visited tourist stops in Music City – Athena is the ‘god’ of wisdom, justice and inspiration in Greek mythology – three symbols that help center Music City.  Nashville is a place of higher learning with world class Belmont University, Vanderbilt University, TSU, Fisk, Aquinas and other institutions…Nashville is a city of creative inspiration and inspired innovation…Nashville is the state capital – the seat of justice in TN.

This full scale model of the Parthenon – is beautiful architecturally – a testament to the original Greek inspiration and is a cultural treasure – it includes 63 pieces of art including a gold plated Athena – the history of the museum focuses both on Athens and Greek Historical Culture and the culture and history of Nashville.  The Parthenon offers a number of lectures on history, art and community living – it is a hub of culture and a testament to Nashville’s spirit as The Athens of the South.

A Day in the Park: Adventure awaits in the oasis of Centennial Park – whether you enjoy a stroll on the one mile hiking trail, fly-fishing in Lake Watauga, enjoying an arts and crafts class or swimming in the pool – something is always going on at Centennial.

I love to read and journal – so this was a go to spot for me to pack a picnic lunch, sit on a fold-out chair, enjoy the sunshine, while delving into high-brow literature (or the latest thriller) and working on the rough draft of a novel or essay.

Centennial Park is made for picnics in the park.

My go to lunch was take out from nearby Bread & Company – This gourmet-meets-homegrown take out is southern proper picnic food at its best.  It is what inspires Antebellum Kitchen, from the hand tossed salads, to made to order salads, potato salad, chicken salad – and the light succulent sweetness of B&C lemonade on a sweltering summer day.  Sadly the two locations I frequented in college (Green Hills and Belle Meade) have closed, but The West End locale across from Centennial was still in swing when I visited The Ville a few weeks ago. MUST HAVE – their FRUIT TEA – I nearly sold my soul for the recipe – it is that good!

Because I have Celiac Disease I often had to improvise with my to-go ‘sandwich’ – it became a makeshift lettucewich !  I’d order B&C’s turkey sandwich with swiss cheese, bacon, onions and a side of baked chips – no bread – instead I’d wrap my sandwich in lettuce and use chips for a mini-sandwich.  My mom adores their chicken salad and swears by its heavenly food goodness.

Nashville also has a great takeout cafe called The Picnic Cafe – that specializes in southern easy gourmet fare ideal for picnics and gatherings.  The food is delish and affordable.  Get your take out and enjoy southern YUM in the GREAT Outdoors of Centennial Park.

One other great spot – five minutes from Centennial (on Wedgwood and 21st near Vandy/Belmont in Belcourt area) is Provence Breads – they have delicious salads (I never did get to try the bread with my GF heartbeat, but I know it is to die for!)

And just for Good Measure…what to wear in the park?

I recommend practical park fashion a la Patagonia or Life is Good.  Girls can go Boho with print long bright colored skirts and a linen tank button up with a scarf, over-sized bag and sun hat.  If you are going to a concert or play in the park you cannot go wrong with a Fit & Flare active wear dress and Jack Rogers ~NAOT or similar sandals… 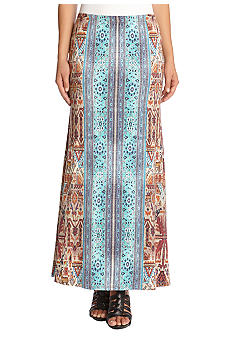 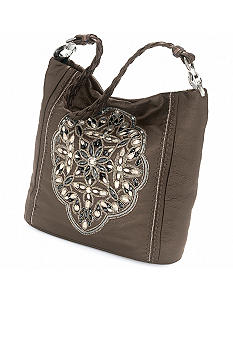 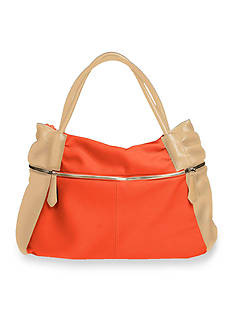